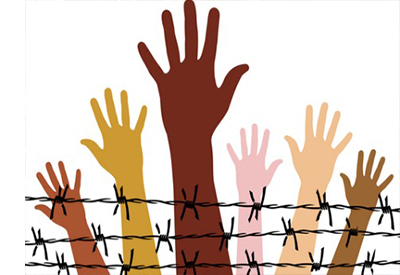 Human Rights is a total of benefits that the human beings owner for being human. Observing the mentioned rights and benefits as the basic natural, canonical and legal benefit for each human being is the responsibility of each person, government and NGOs that will be a great deal for the freedom, justice and peace in the humanitarian world

The current and past experiences show that the reversal of the mentioned rights in humanitarian societies such as Afghanistan caused many types of violence and the worst types of murdering as well as a big and significant risk for peace and social equality.

However, since 2013 the Coordination of Rehabilitation & Development Services for Afghanistan (CRDSA), Assessed the human right situation through a human right project by the direct assistance of several governmental departments, and establishment of 30 human right committees in Badghis. The result of the assessment is presented to the NGOs, Governmental Departments and ordinary people through CRDSA newsletter, website and Facebook page.

The information and statistics of this report depends on the research that have been done during the last three months (Aghrab, Ghous & Jaddi 1393) with the assistance of governmental departments and active NGOs in Badghis province such as; Prosecution Department, Appeal Court, Police Department, Public Health Department, Women Affairs Department, ANDMA and the Independent Human Right Commission of Badghis.

Right to life, right to education, right to health, the right to marry and found a family, the right to security and personal safety, property rights and the right to fair courts includes natural rights, constitutional and legal for the human that Coordination of Rehabilitation and Development Services for Afghanistan (CRDSA) focused more on them and the average accessibility of Badghis citizens to the above mentioned rights are under assessment especially the three vulnerable categories (women, children and persons with disability).

Meanwhile, new research done by CRDSA during the last three months (Aqrab, Ghous and Jaddi) again demonstrates the increasing of human rights violations events and violence in Badghis province. Information received from Prosecution Department of Badghis province indicates that the number of human rights violation cases increased from 41 cases in the previous quarter (Asad, Sonbola and Mizan) to 54 cases in the last quarter (Aqrab, Ghous and Jaddi).

Of the human rights violation cases, Eight of them are related to children and 15 cases are referred to the women as well as 4 murder cases, 6 torture cases, 5 family violation cases, 18 theft cases, 3 buggery cases and attempt to buggery , one kidnapping case and other cases that have been recorded by this department.  The reports indicates that out of the human rights violation cases mentioned above, 32 cases have been investigated by the Prosecution Department of Badghis province and the remaining are under legal review process.

According to information obtained, forced marriages, economic poverty, unawareness of men and women of their rights and increasing insecurity are the main elements of human rights violations and violence in this province. Thus, the children mortality due to various diseases and mothers dying during childbirth has the high rate in Badghis during the last three months (Aqrab, Ghous and Jaddi). This is caused due to inaccessibility to the health services. Based on information obtained from Badghis provincial public health department, despite of the constant activity of 41 health centers and 9 Mobile Health Centers in the center of city and districts level, and vaccination of 38,955 children within three months, the number of child deaths has still increases from 2 events in the previous quarter (Asad, Sonbola and Mizan) to 15 cases in the last quarter (Aqrab, Ghous and Jaddi).

Thus, the public health department report indicate that 1644 pregnant women benefited from  maternity services, but the numbers of women died while childbirth  are reported only 2.

It is mentioned in Badghis Public Health Department report, that within the last three months (Aqrab, Ghous and Jaddi), 153 beating (torture) cases that includes men, women and children have been recorded by this department, however, these figures in the last quarter were reported 151 cases.

The factors that have limited the health services to a minimum are lack of food and medicine for the patient in bed, electricity and safe drinking water, even in the central hospital of Badghis province are due to luck of budget. Insecurity and lack of proper monitoring form the health providing centers at the district level are also the other factors of limitation in health services.  Based on this research, the Women's Affairs Department of Badghis province reported 19 cases of the human rights violations and violence on women during the last three months (Aqrab, Ghous and Jaddi) and they are strongly dissatisfied on collaboration of the Police Department, Public Health, Attorney, the Court and Justice that are not cooperating them in accurate figures of violations on women.

According to the report of Anti-disaster Department of Badghis province, inaccessibility of the residents in this province to their basic rights such as, security, proper home, job placement and health services caused that tens of the families of Abkamari, Moghor, Qadis and Bala Morghab districts left their home and displaced to the center of the city or to other province such as Herat that are currently living in a very tough situation.

The Anti-disaster Department reported that during the last three months 182 IDP families have been recorded that out of these the two families house have been collapsed due to the recent snow and raining.

Experts of Badghis province through and interview with CRDSA said that the reason of increase in the human rights violation events and other violence in this province are affected by the negative effects of long process of presidential election, long process for nomination of the Ministers by the national unity government, and late decision for assigning the provincial governors and other high authorities. They also added that due to this uncertain situation, the gun lords and other human rights violators misuse this situation. However, the human rights violations and other types of violence show increase in the last two quarters of the current year, but compare to the last year still it shows a decrease.

The research take place at the stage that in addition to the human rights project, the Coordination of Rehabilitation and Development Services for Afghanistan (CRDSA) intends to fundraise for other capacity building and awareness raising projects in Badghis and other provinces in west region.