A Number of IDP Families Received Food Packages in Herat 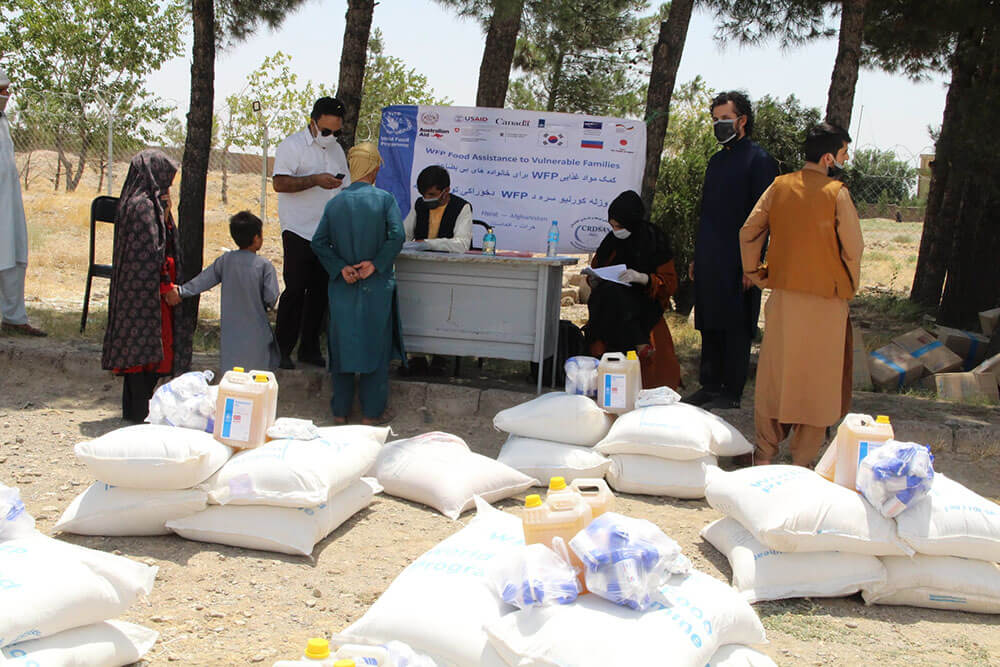 The IDP families are the main residents of Taqcha village of Guzara district of Herat province, who are recently displaced as the results of armed conflict between Afghan security forces and anti-government elements.

Food packages for each family include 184 kg of wheat flour; 9.1 kg of vegetable oil, 2 kg of salt, 2.1 kg of biscuits and 25 kg of split peas that were distributed with the presence of government officials at the Ansar camp.

This program is implementing with the financial support of the United Nation World Food Program (WFP) in Herat province, whose beneficiaries are the people affected by conflict/war.